International Day for the Total Elimination of Nuclear Weapons 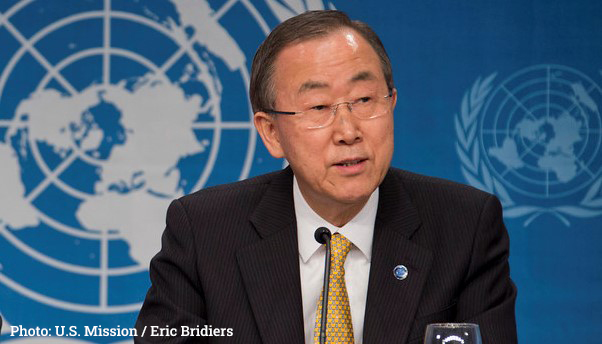 The year 2015 marks the 70th anniversary of the first and last use of a nuclear weapon in war.

The norm against the use of nuclear weapons – the most destructive weapons ever created, with potentially unparalleled human costs – has stood strong for seven decades. But the only absolute guarantee that they are never used again is through their total elimination.

The international community has proclaimed the goal of a world free of nuclear weapons. Unfortunately, there are growing rifts between Member States about how and when to achieve it.

This was on stark display during the Review Conference of the Treaty on the Non-Proliferation of Nuclear Weapons in May of this year.

I call on all States to engage constructively to find a way forward.

The elimination of nuclear weapons would also free up vast amounts of resources that could be used to implement the 2030 Agenda for Sustainable Development.

The consequences of any further use of nuclear weapons, whether intentional or by mistake, would be horrific. When it comes to our common objective of nuclear disarmament, we must not delay — we must act now.