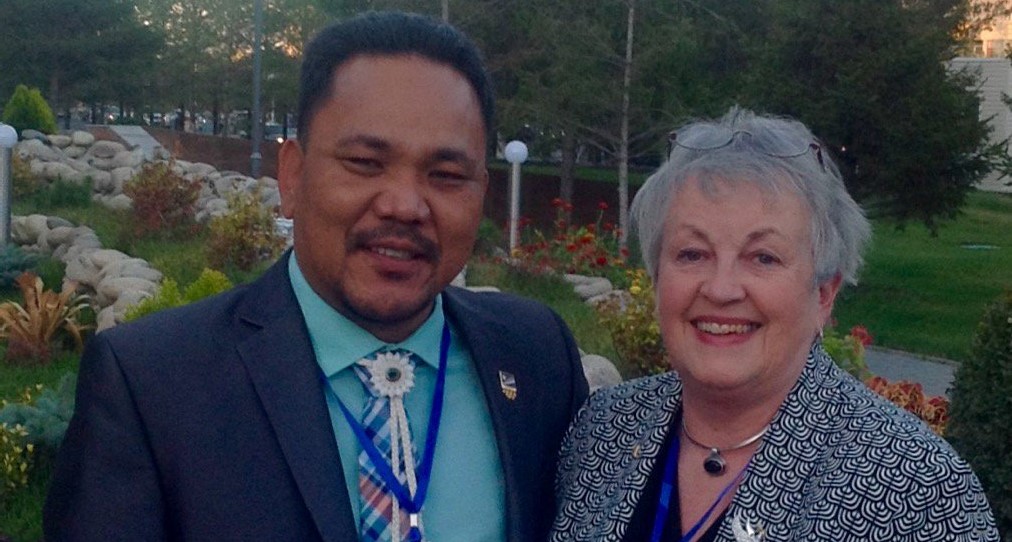 The Marshall Islands and Kazakhstan are the two most irradiated nations on earth as a result of nuclear weapons tests by the two superpowers during the Cold War.  Kenneth Kedi, Speaker of the Marshall Islands parliament, recently traveled to Kazakhstan to speak at an international conference on the UN Day Against Nuclear Tests, and to visit the Semey region in Kazakhstan where Soviet nuclear tests have severely impacted the health of over 1.5 million people. The Japan Times reported on his trip.

He was speaking in an interview in Kazakhstan.

The people of Kazakhstan and the people of the Marshall Islands are linked by the fact that they both became nuclear test targets of global powers, Kedi said Sunday on a visit to the country.

The Soviet Union carried out about 500 nuclear tests over four decades at its Semipalatinsk test site in northeastern Kazakhstan. The area is now called Semey.

Kedi was attending a disarmament conference in Astana on Monday marking 25 years since the site was mothballed.

It was in the Marshall Islands that the crew of Japanese tuna fishing boat the Fukuryu Maru No. 5 was exposed to radiation in 1954.

One of the crew died, and the case became a cause celebre as Japan recovered from its atomic attacks in World War II.

The United States government and military conducted nuclear tests on Bikini Atoll and Eniwetok Atoll in the Marshall Islands, and in all it tested 67 atomic devices there between 1946 and 1958.

The biggest, in 1954, was the one that exposed the Japanese fishing boat crew to radiation. That was Shrimp, a hydrogen bomb that released the energy equivalent of 15 megatons of TNT, Kedi said.

He said the world should never forget the residents of Rongelap Atoll who, along with the crewmen of the Japanese ship, suffered the effects of radioactive fallout.

The 67 U.S. tests subjected the Marshall Islands to radiation equivalent to the daily detonation of a nuclear device 1.6 times the Hiroshima bomb for 12 years, Kedi said.

He said Japan suffered enough with its two blasts, “but we are 67,” he said.