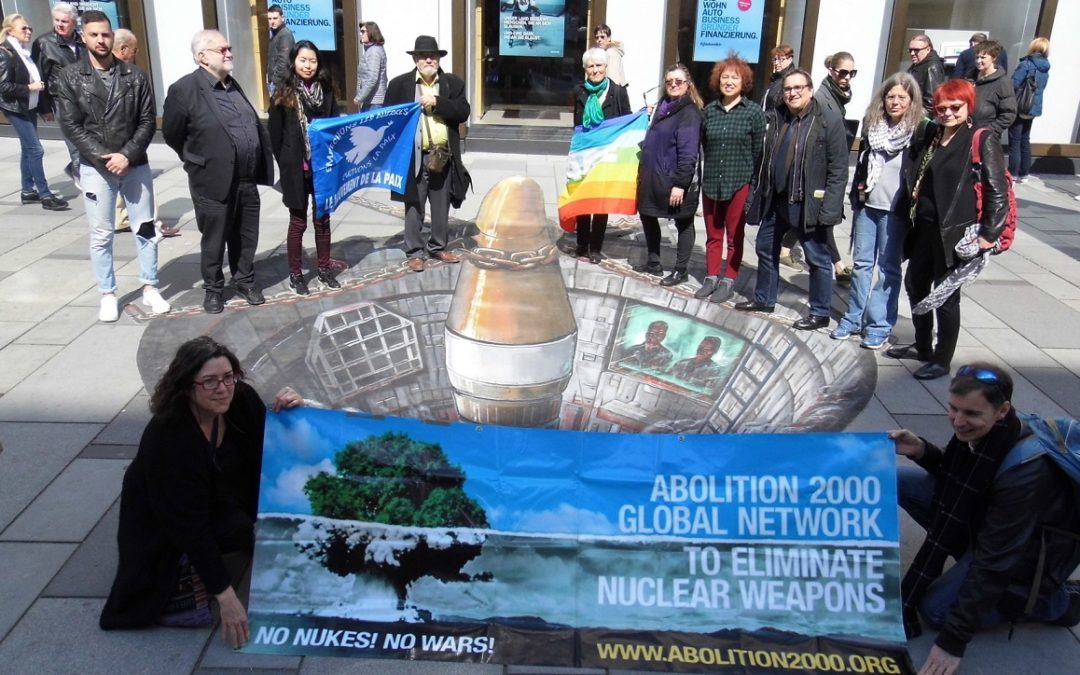 Abolition 2000 held its 22nd Annual Assembly on May 1 as governments arrived in Vienna for a 2-week conference on nuclear non-proliferation and disarmament – the 2017 Preparatory Committee for the 2020 Review Conference of the Parties to the Treaty on the Non-Proliferation of Nuclear Weapons (NPT Prep Com).

Abolition 2000 members from around the world discussed the current political environment – a time of great uncertainty and concern about the risks of nuclear war, but also the opportunities for progress that are emerging, such as the UN negotiations for a nuclear prohibition treaty and the 2018 UN High Level Conference on Disarmament. The Assembly also gave support to an exciting Women’s March and Rally to Ban the Bomb which will be held in New York on June 17, during the United Nations negotiations for a nuclear ban treaty. The March and Rally will bring together people of all genders, sexual orientations, ages, races, abilities, nationalities, cultures, faiths, political affiliations and backgrounds to support the negotiations. Abolition 2000 has contributed financially to the march, and member organisations are promoting the March and associated events including a conference in New York on June 18 entitled No Nukes, No Wars, No Walls, No Warming, organised by Peace and Planet. The Abolition 2000 Annual Meeting was happy to note the recent launch of the newly designed abolition 2000 website which is available in English and Spanish, and shortly in French. Expressions of interest in working on other languages should be sent to Tony Robinson tonymrobinson@gmail.com. The Assembly also affirmed a Global Council of over 60 nuclear disarmament activists from around the world, and a coordinating committee of 12 members. ‘I had hoped that this meeting would revitalize the network and it exceeded my expectations. This was one of the most substantive and productive Abolition 2000 meetings ever. Jackie Cabasso, Co-founder Abolition 2000