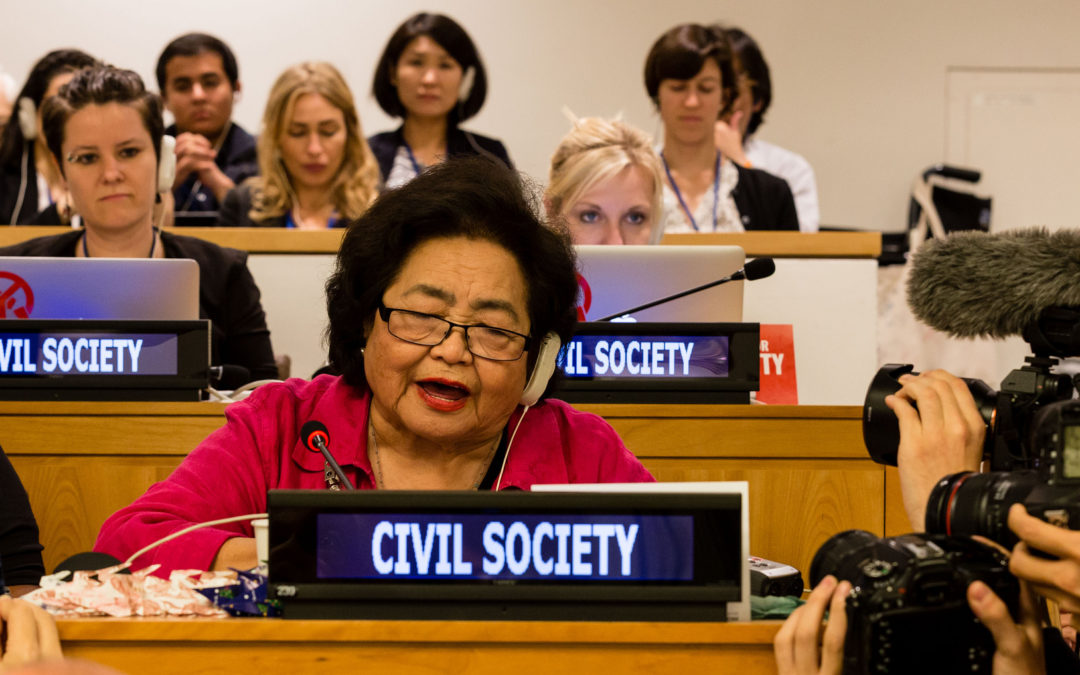 Democracy broke out at the UN this summer when 122 nations  adopted a treaty to ban nuclear weapons. Working closely with civil society and international organisations, States concluded the Treaty on the Prohibition of Nuclear Weapons on July 7, 2017 after three weeks of UN General Assembly mandated negotiations. For the first time in history nuclear weapons are categorically prohibited; just as the world has done for other weapons of mass destruction such as biological and chemical weapons!   Although the nine nuclear weapons states and (most of) their partners in NATO – as well as Japan, Australia, and South Korea – did not support the negotiations,  non-nuclear weapons states took the lead to make this new treaty to ban the bomb a reality.

The treaty requires 50 countries to sign and ratify it before it enters into legal force.  It will be opened for signature at the UN General Assembly in New York on September 20, 2017.  Please see and download the Signing Kit here prepared by the UN Office for Disarmament Affairs (or click on the image below) to help you take effective action to enroll your government to sign and ratify the treaty.   See the ICAN website here, for more information on the text of the treaty and which nations voted for it.