Endorse the appeal for diplomacy in the Korea nuclear crisis 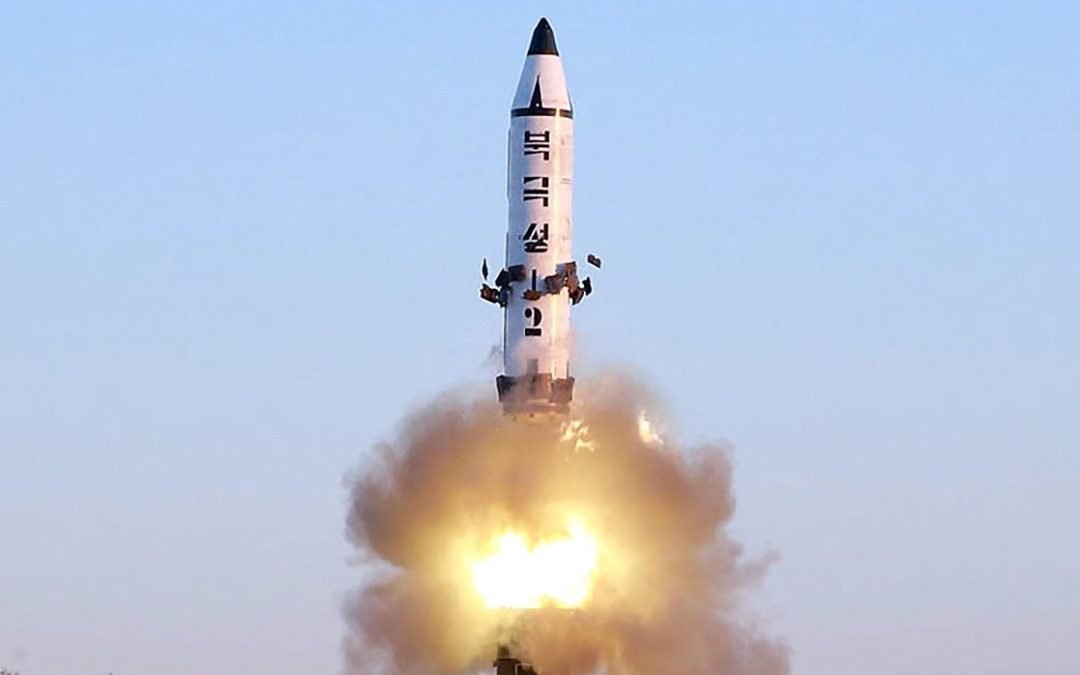 The latest missile test by North Korea, which took place yesterday (August 29th), is the latest in a series of provocations and counter-provocations between North Korea and the United States that could end up in an outbreak of war. See Trump says that ‘all options are on the table’ after North Korea fires missile over Japan.

We therefore invite you to endorse an Appeal from Abolition 2000 members for a diplomatic solution in North East Asia (also available in Russian, Japanese and Korean)

The escalating tensions and threat of military conflict over North Korea’s nuclear and missile capabilities make a diplomatic solution of vital importance and the highest priority. The increasing risk of war – and possibly even the use of nuclear weapons by miscalculation, accident, or intent – is frightening.

Below is the appeal drafted by members of Abolition 2000. We plan to send the appeal and list of endorsers to leaders of China, Japan, North Korea, Russia, South Korea and the United States, as well as to the United Nations and European Union.

Please reply to info@baselpeaceoffice.org by September 5 if you can endorse, indicating whether you endorse as an individual or on behalf of your organization (or both).

‘We support this call for diplomatic approach for North Korea. As we experienced during our visit to North Korea the people want peace not war‘
Mairead Corrigan Maguire, Nobel Peace Laureate and member of the Women Cross DMZ, the group of women who walked from North Korea to South Korea in support of peace.

‘I feel sad for the ordinary folk who live in North Korea. We [in the USSR] went through that too. We thought having weapons of mass destruction means being stronger and more powerful, but it is like an illusion. It is like carrying a huge rock up a steep mountain.’
Karipbek Kuyukov, Second generation victim of nuclear tests and Honorary Ambassador of the ATOM Project, endorser of the Appeal for a diplomatic solution in North East Asia.

‘I endorse the appeal to the nations of the world for deep thought before some nations begin more threat of nuclear weapons—or even USE. Any appeal before use—by nations who cannot bear the thought of nuclear weapons being used again. Wasn’t it enough to see what they do ? Another Hiroshima? Oh NO.’
Kara Nelson aged 97. Waiheke Island peace walker

Appeal for a diplomatic solution in North East Asia

The Abolition 2000 members and affiliated networks listed below, representing peace and disarmament organisations from around the world, call on the United States and North Korea to step back from the brink of war in North East Asia, and instead adopt a diplomatic approach to prevent war.

We call for the immediate commencement of negotiations to prevent a military conflict from erupting, and to resolve the underlying conflicts. Such negotiations should take place both bilaterally and through a renewed Six-Party framework involving China, Japan, North Korea, Russia, South Korea and the United States.

The escalating tensions and threat of military conflict over North Korea’s nuclear and missile capabilities makes a diplomatic solution of vital importance and the highest priority. The increasing risk of war – and possibly even the use of nuclear weapons by miscalculation, accident, or intent – is frightening.

More than three million citizens of Korea, China, USA and other countries lost their lives in the Korean War from 1950-1953. Should a war erupt again, the loss of lives could be considerably worse, especially if nuclear weapons are used. Indeed, a nuclear conflict erupting in Korea could engulf the entire world in a nuclear catastrophe that would end civilization as we know it.

In supporting diplomacy rather than war, we:

Endorsers: Appeal with list of endorsers as at Sep 6