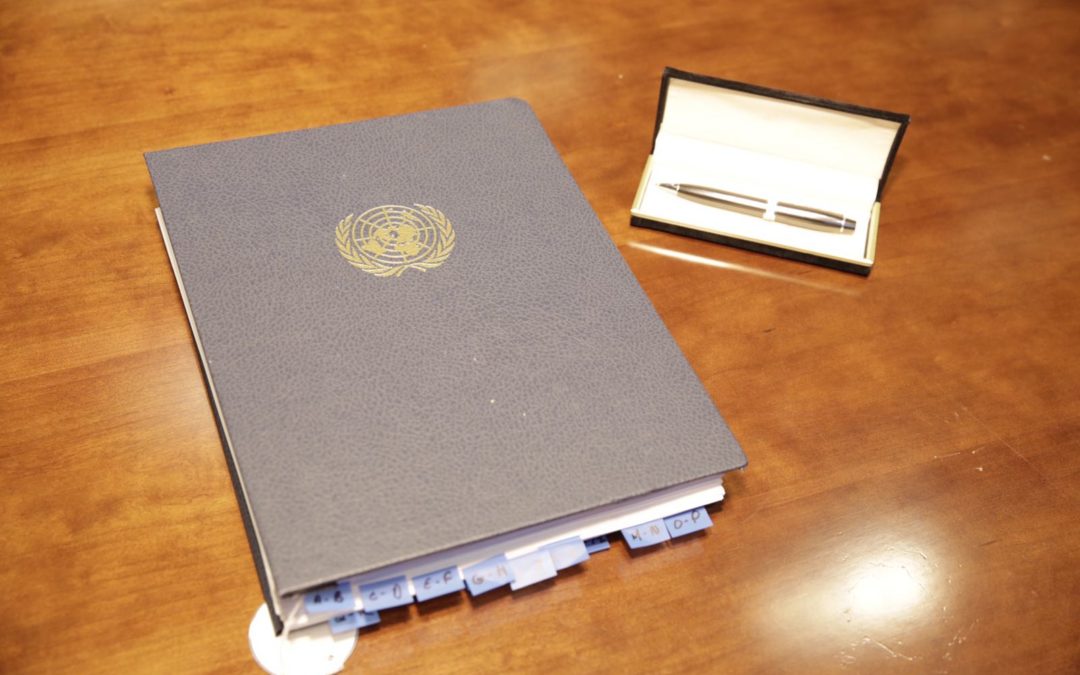 On Wednesday 20 September, the new Treaty for the Prohibition of Nuclear Weapons officially opened for signature, and responsible countries from around the world started signing up. Brazil was the first country to sign, followed by 50 other countries representing all regions of the world: from Africa, Europe, South-America to the Pacific.

Secretary General Mr. Guterres of the United Nations opened the ceremony, noting the important role civil society had played in making the treaty happen. Beatrice Fihn, executive director of ICAN, remembered the victims of the use and testing of nuclear weapons, noting that this treaty gives them a voice. She also recognized the efforts of the core group of countries and civil society in achieving the treaty: “Groundbreaking steps forward do not start with consensus agreement … someone has to be brave and lead.”

Some states have also already deposited their ratification instruments.  See the full list of signatures and ratifications.  For information on how to encourage your government to sign and ratify, please see here.