State of the world: Abolition 2000 campaign and strategy meeting 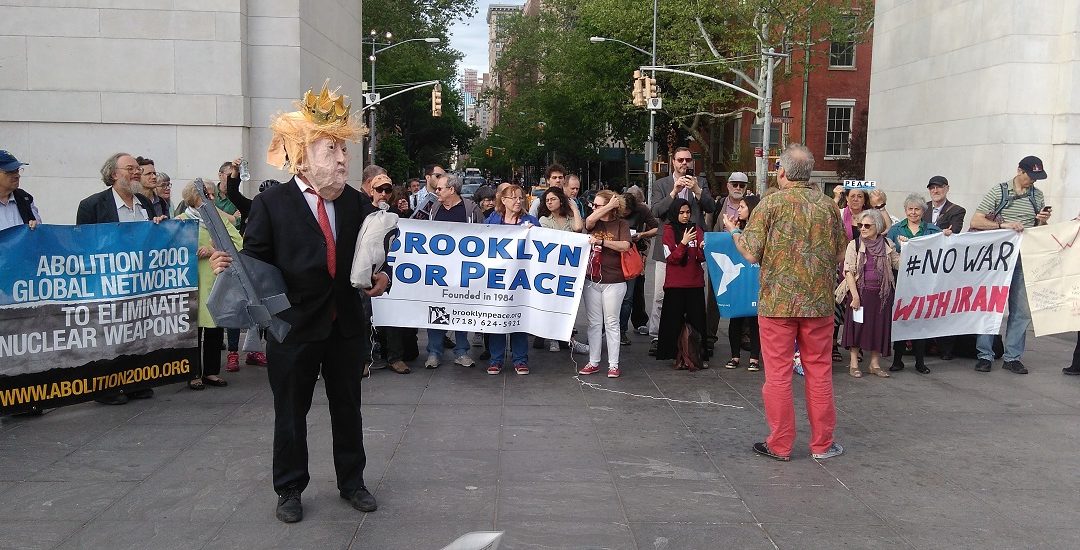 Nuclear abolition campaigners from around the world met in New York on May 11 to discuss strategies and to build cooperation amongst campaigns.

The campaign meeting was followed by an event at Washington Square Park to protest against the U.S. withdrawal from the JCPOA (Iran nuclear deal).

The meeting also included an introductory round with everyone expressing a reflection on the state of the world. Anabel Dwyer penned a poem using words expressed in this reflection round (see below).

State of the World

The poem of assembled “state of the world” single words expressed by participants in the Abolition 2000 campaign meeting May 11, 2018
By Anabel Dwyer

Holy mackerel!
We’re hopefully worried in this deplorable, discouraging, treacherous, scary, chaotic turmoil;
while we’re finding ourselves unhinged in a precarious, schizophrenic, fearful, vicious time.
Hopefully we’re waking up through this lively, interesting flux,
in the culture of war.
Hopefully we are beginning a fascinating, centrifugal,
yoghurt of peace, love, respect and their entry into force.
Miigwetch (“Thank you” in the Anishinaabe language of the upper Great Lakes).