Trump – Putin summit an opportunity for nuclear restraint and disarmament 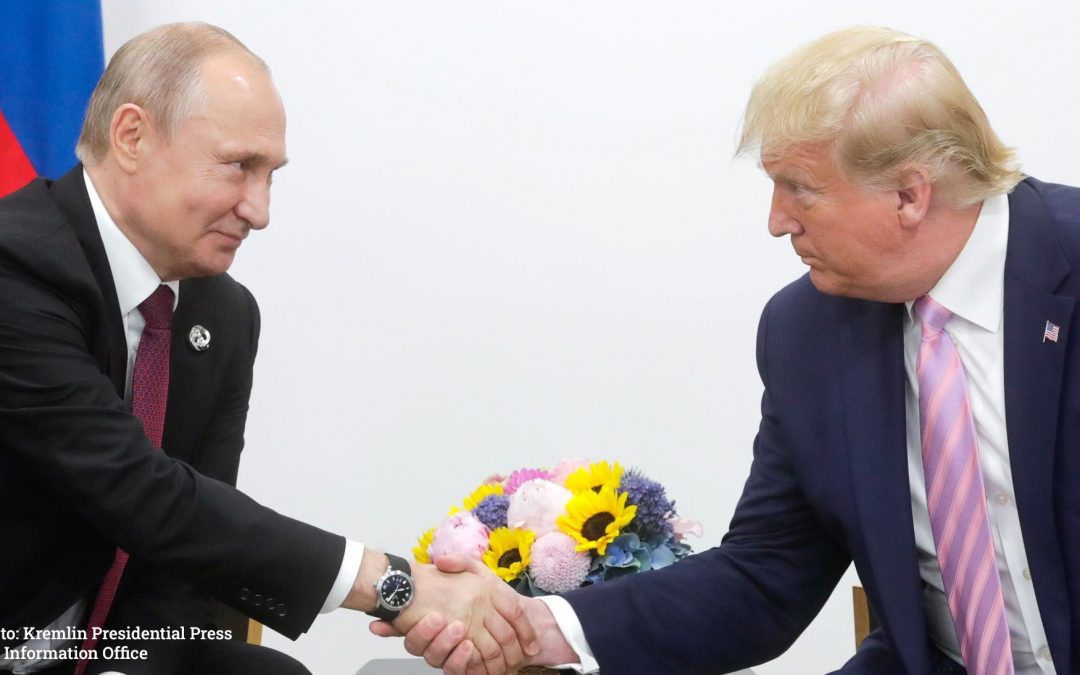 President Donald Trump and President Vladamir Putin will meet in Helsinki, on July 16 in what will be the first formal summit of the two leaders.

Such a meeting is both important and significant, coming at a time of heightened tensions, mutual suspicions and conflicts between the two countries.

The choice of Helsinki is both appropriate and propitious – being the place where the Helsinki accords were adopted by the United States, Soviet Union and 33 European states in 1975. These accords affirmed the intent, and set in motion a process, to improve relations between the East and West, prevent a nuclear holocaust, and build common security.

‘The Helsinki accords affirmed the prohibition of armed conflict, non-intervention in internal affairs of other States, obligation to resolve conflicts non-violently, respect for human rights, and obligation to achieve arms control and disarmament,’ says Alyn Ware, Global Coordinator for Parliamentarians for Nuclear Nonproliferation and Disarmament. ‘And it strengthened the European mechanisms for conflict resolution and common security, such as the Conference on Security and Cooperation in Europe (now the OSCE). As such, holding the summit in Helsinki signals a step-back from the conflicts and mutual threats between Russia and the West, and the possibility of a stronger focus on dialogue, détente and disarmament.’

A detailed agenda for the Trump-Putin Summit has not yet been set or revealed. However, it is expected that the agenda will include nuclear risk-reduction and arms control. According to the U.S. Arms Control Association (ACA), this will include discussion of the 2010 New Strategic Arms Reduction Treaty (New START), which will expire in 2021 unless extended by mutual agreement, and the compliance dispute over the 1987 Intermediate-Range Nuclear Forces (INF) Treaty.

‘In an interview in March, Putin voiced interest in an extension of New START or even possibly further cuts in warhead numbers,’ says Kingston Reif, ACA Director for Disarmament Policy. ‘The Trump administration is conducting a review of its position on the matter.’ (See The Trump-Putin Summit: What You Need to Know).

However, according to other policy analysts, such incremental disarmament measures are insufficient to end the threat of a nuclear exchange by accident, miscalculation or intent.

‘Trump and Putin should also consider lowering the alert status of US and Russian weapons that are maintained in a state of immediate readiness to launch, ‘No-First-Use’ commitments, better military-to-military communications (re-establishing and upgrading hotlines instead of scrapping them), and an end to provocative and potentially dangerous military exercises close to each other’s borders,’ says John Hallam, Co-Chair of the Abolition 2000 Working Group on Nuclear-Risk Reduction. ‘In addition, the leaders should reaffirm the joint statement of Gorbachev and Reagan made in Helsinki in 1986 that “A nuclear war cannot be won and must never be fought.” ’

The Trump-Putin Summit will follow just 4 days after the 2018 NATO Summit, which President Trump is also attending. Initiatives pour le Désarmement Nucléaires (IDN), a French international relations think-tank, has issued an appeal  for NATO States to call on President Trump and President Putin to eliminate tactical nuclear weapons from the European theatre. This would involve the US removing its nuclear weapons stationed in Belgium, Germany, Italy, Netherlands and Turkey. And it would involve Russia agreeing to verified decommissioning of their tactical nuclear weapons.

‘The 11-12 July 2018 NATO summit offers a unique opportunity for the European Allies to take the initiative again and demand from the US a negotiation that would lead to the withdrawal of both American and Russian tactical weapons from European soil,’ says Marc Finaud from IDN. ‘Being content with waiting until Russia creates the conditions for disarmament is no longer an option.’