Ahead of Trump-Putin Summit, OSCE parliamentarians call for confidence building measures including no-first-use of nuclear weapons 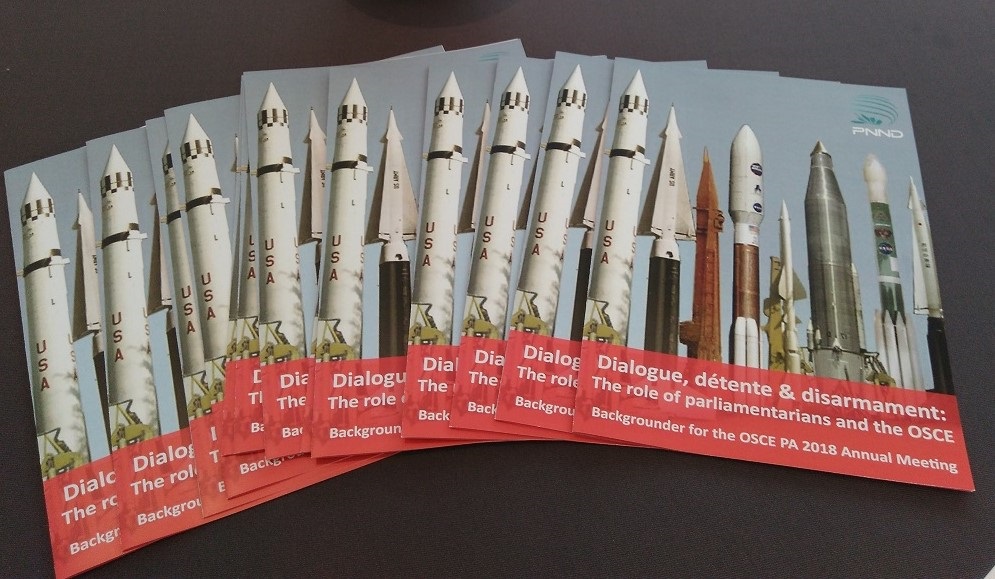 Over 300 parliamentarians from Europe, Russia, Central Asia, the Caucasus, Canada and the United States meeting in Berlin July 7-11, 2018, adopted a declaration expressing deep concern about unresolved conflicts and nuclear weapons threats in the region, and proposing measures that should be taken to rebuild peace and security in Europe.

The parliamentarians were in Berlin for the OSCE Parliamentary Assembly, which was held just prior to the NATO Summit in Brussels and the Trump-Putin Summit in Helsinki.

The Berlin Declaration adopted on July 11, calls on nuclear armed and allied states to agree to no-first-use of nuclear weapons, adopt other disarmament and confidence-building measures, increase direct military-to-military contacts, and engage in structured dialogue to address the serious conflicts in the region. These conflicts include the increased tensions and provocations between Russia and NATO and the armed conflicts in (and relating to) Ukraine, Nagorno-Karabakh, Georgia and Ukraine.

The declaration promotes mediation and dialogue as ‘cost-effective ways of preventing, managing and resolving violent conflicts,’ and highlights OSCE processes that are already helping to manage the conflicts, but need further political support for full success.

However, the Assembly rejected other nuclear disarmament proposals, including the removal of all nuclear weapons hosted by non-nuclear (NATO) countries and support for the Treaty on the Prohibition of Nuclear Weapons (TPNW). (See Berlin Declaration in English, French or Russian.)

Parliamentarians for Nuclear Nonproliferation and Disarmament (PNND) circulated a backgrounder ‘Dialogue, détente and disarmament: The Role of parliamentarians and the OSCE’ to the delegates. This included an update on key nuclear weapons issues and upcoming events (such as the Trump/Putin Summit) and action ideas for parliamentarians. Contact PNND for a copy of the backgrounder.