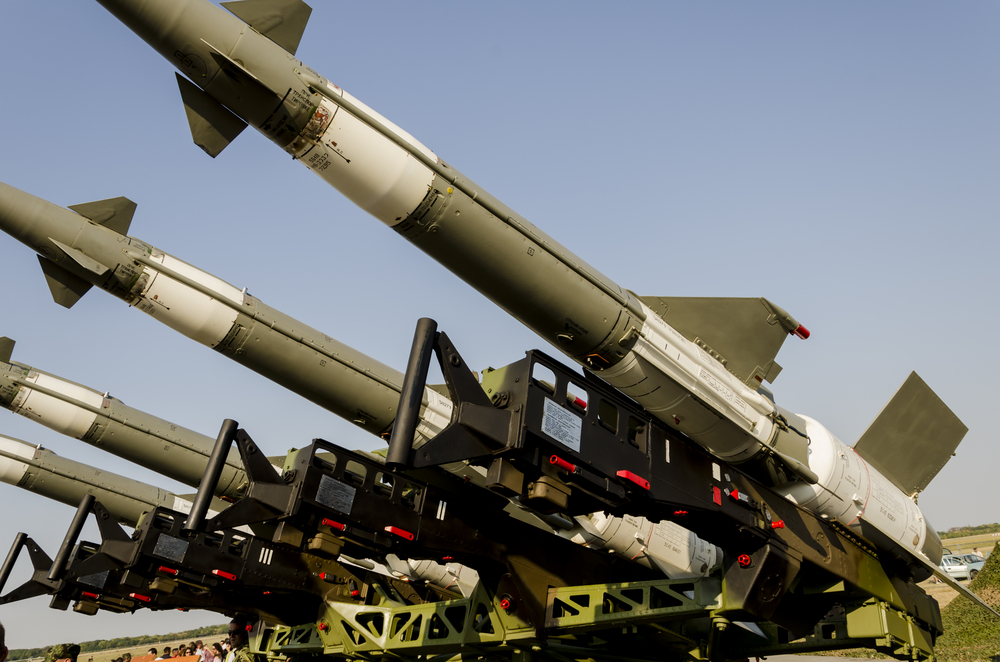 On December 21, the Abolition 2000 Working Group on Nuclear Risk Reduction sent a letter to USA President-elect Joe Biden, copied to incoming Vice-President Kamila Harris and the US Congress Subcommittees on Strategic Forces, calling on the next US Administration to implement critical measures to reduce the risks of nuclear weapons use and advance nuclear disarmament.

The letter, co-signed by representatives of the Geneva Centre for Security Policy, Human Survival Project and World Future Council, calls on the USA to to reaffirm the Reagan-Gorbachev statement that ‘Nuclear War cannot be won and must never be fought’ adopt a no-first-use policy, decrease the readiness to use nuclear weapons including by increasing presidential decision-making time for any use, improve US/Russia data sharing and military-to-military communicatiosn, and avoid potentially provocative military exercises especially with nuclear – capable forces.

It is expected that the US President, Congress and Department of Defence will consider these issues during a Nuclear Posture Review which is customarily undertaken by any new US presidency.

Below is the text of the letter and the list of signatories. Click here for the PDF version.

SUMMARY:
Risk reduction is of ‘existential’ importance, thought it by no means exhausts the arms control/abolition agenda. Risk reduction is of even greater importance than it has previously been due to the unprecedentedly high risk of nuclear war symbolised by the position of the doomsday clock at 100 seconds to midnight. There is an urgent need to reaffirm the Reagan-Gorbachev statement that ‘Nuclear War cannot be won and must never be fought’. No-first-use, lowering of alert status/increasing presidential decision-making time, improving/resuming the exchange of data, establishment of a data exchange centre, re-establishing mil to mil communication, and avoidance or potentially provocative military exercises especially with nuclear – capable forces are all vital elements in nuclear risk reduction.

Nuclear weapons, nuclear disarmament and risk reduction have slipped from the limelight over recent years. Nonetheless they remain of life-and-death importance to the USA and to the world.

One of the first things you will face immediately after inauguration on 20 Jan, will be an introduction to your duties as commander of the United States strategic nuclear forces. While we do not know exactly what you’ll be told in that classified briefing, we know that previous presidents have reacted with horror to it, and even Trump was sobered by it at least momentarily, describing it as ‘scary’. Following that briefing, you will have the power, should you wish it, to bring about the end of civilisation. You will then at all times be followed by a military attache with a briefcase to enable you to do just that. No doubt you have already given this terrifying responsibility some thought.

The focus of this letter is the reduction of nuclear risks – that is to say the risk of inadvertent nuclear war via madness, malfunction, or miscalculation, and via uncontrolled escalation.

This risk is as great or greater than it has ever been. The current position of the hands of the symbolic ‘Doomsday Clock’ at 100 seconds to ‘midnight’, where ‘midnight’ is the end of civilisation, is as close as it has ever been, including during the darkest days of the cold war. While the Doomsday Clock now factors in both global warming and other credible catastrophes, it has been largely the nuclear part of the equation that has pushed it to 100 seconds. A major factor in that has been statements by your predecessor in which possible nuclear weapons use seem to be contemplated almost with equanimity and even enthusiasm.

A number of proposals have recently been made with respect to risk reduction. All contain good ideas.

A broad guide to risk reduction measures can be found on the Abolition 2000 website. In addition, in the last week or so, a report was issued from US, Russian, and other experts on nuclear risk reduction in a European context. A number of NGOs have already written to you (Nov 19) on a broad agenda of arms control and risk reduction. There is much in common between their letter and this one. The Carnegie Foundation has published Five Measures to Revamp Nuclear Arms Control. While Carnegie is primarily arms control not specifically risk reduction, it contains useful proposals on confidence – building, transparency, and US – Russia data exchanges that could usefully become part of your nuclear posture process.

The following are a number of dot-points on nuclear risk reduction that are especially critical. They by no means exhaust what could be, or should be, done. However interest in them from both think tanks and NGOs has been widespread for a number of years:

A reaffirmation of the Reagan-Gorbachev statement that ‘A Nuclear War cannot be Won and Must Never be Fought’. That this even needs reaffirmation is cause for some astonishment, but statements from your predecessor, as well as from Vladimir Putin, have served to undermine confidence that the US and Russia would even TRY to avoid nuclear war. Reaffirmation would be a vital confidence – building tool and could serve as a springboard for more detailed approaches as to how, exactly, nuclear conflict could be avoided.

Russian Foreign Minister Lavrov has indicated his willingness to reaffirm Reagan-Gorbachev, noting that: “We are particularly concerned about the Americans’ refusal to reaffirm the fundamental principle that there can be no winners in a nuclear war, and, consequently, it must never be unleashed,” he said. “Of course, we will promote this subject— the inadmissibility of a nuclear war, the impossibility to win it — in the context of the upcoming summit of the five [permanent Security Council members — as well.” Should the US decide to reaffirm Reagan-Gorbachev, it would seemingly have a willing partner in Russia. With or without Russia, Reagan-Gorbachev should be reaffirmed.

We have been heartened to hear Rep. Adam Smith in his capacity as chair of the House Armed Services Committee, express interest in NFU, as well as other risk reduction measures. Theoretically, if neither the US nor an adversary is willing to launch first, no one will launch and nuclear war will not take place. Of course, if one sides warning systems erroneously indicate the other side has launched, an accidental apocalypse can still take place: However, even here, NFU could inculcate a degree of caution that would mean the warning would be more thoroughly vetted and hopefully discarded as false. NFU would diminish but not eliminate, the risk of nuclear war.

The de-alerting group in the UN (Switzerland, Sweden, Chile, NZ, Nigeria, and Malaysia) every year or every other year, call on nuclear weapons states particularly the US and Russia to remove their land based missiles from high alert status so that US and Russian presidents are not faced with a decision as to whether or not to launch ICBMs that must be taken within a very few minutes. (UN resolution introduced by the de-alerting group A/73/60: Decreasing the Operational Readiness of Nuclear Weapons Systems). Removal of land based ICBMs from launch-ready status would take this item off the agenda of US and Russian presidents and make a launch based on erroneous data much less likely.

The ‘managing risks’ document from DoD tried to create the impression that US-Russian data exchange is alive and well, but it is not. It could easily be revived. A high priority must be pre-notification of adversaries of exercises that MIGHT be considered provocative (in the eyes of the adversary, not in those of the US. It is the adversaries perception that matters – a point that DoD seems to miss). The Carnegie group suggested ‘quiet’ notifications of ‘snap’ exercises between senior military on either side. Both the US and Russia, in the wake of a Norwegian weather research rocket that was mistaken for a US first strike on Russia, agreed to create a ‘joint data exchange centre’, and the intention has been reaffirmed now at least five times but never implemented. It should be implemented.

NATO armed forces conducted a number of exercises with potentially nuclear-capable forces in 2019 and 2020. Wargaming based on European contingencies seems in exercises in Feb 2020, to have progressed to simulated nuclear weapons use. This is true of virtually ALL simulations of conventional and limited nuclear war in European theatres over the last 30 years: There is an inexorable progress to global nuclear war. The use of nuclear – capable forces in exercises in European theatres, especially in proximity to borders with Russia is provocative and dangerous in the extreme, and must be avoided.

The NATO Expert group notes that:
“…..Incidents in the course of military activities which bring Russian and NATO forces into close proximity are worrisome in their own right and run the risk of escalation.” The NATO expert group’s recommendations are here reproduced in detail.

“….3.4. They could also draw on the experience with the provisions relating to the inner-German border area contained in the 1989 U.S.-Soviet agreement on preventing dangerous military activities. That agreement required troops to behave with caution in the border area. The sides could consider the establishment of reciprocal zones in which exercises should not be conducted, e.g. within 5 to 10 km of specified borders, while also limiting personnel and certain kinds of military equipment in such zones.

3.5 Russia and NATO member states could agree that both sides will conduct large-scale military exercises, as a rule, at a militarily meaningful distance from their borders taking into account the specificity of contact zones. They should consider reducing the scale and frequency of military activities with respect to numbers and geography, in particular exercises in near borders. Generally, military exercises should be executed responsibly, not provocatively.

3.6 As for “snap exercises”, which continue to be a source of tension and are not subject to prior notification, we recommend the establishment of a regime of mutual transparency at a high military level between Russia and NATO. To that end, a “quiet notification” mode should be developed, e.g. providing confidential advance high-level notice to the other side, but with no advance warning to troops participating in the exercises. “Quiet notification” could also be applied to short-notice transit of multinational forces. An appropriate level for this sort of mutual information exchange would be the Chief of Staff of the Armed Forces of the Russian Federation and the NATO Supreme Allied Commander…”

A review of Presidential authority to initiate a launch, particularly if an adversary has NOT launched, is well overdue. It is widely thought that other countries that have nuclear briefcases have arrangements that require more than one person to authorise a launch. An arrangement that required any TWO of the President, the Secretary of Defence, the VP, or the head of joint chiefs of staff and/or STRATCOM to authorise a launch ought to at least be looked at. Some time ago, Adam Smith’s HASC looked at this issue. It bears further scrutiny.

The above points do not exhaust the list of measures, ranging from the arcane and technical to the more publicly understandable that would go far to reduce the risk of a catastrophe that could destroy the United States as a functioning society, (and also its adversaries), could end what we call civilisation, and could put question marks over human survival itself. However they are the most obvious ones.

There is a much wider arms control and abolition agenda that this letter has not covered. It is vitally important. The extension of New START for a further 5 years is a pressing immediate priority that you will have 16 days to achieve once you are inaugurated – and handed that terrible briefcase.

Nuclear weapons remain a primary threat to global and US security. Both broader questions of nuclear policy and posture, and more immediate risk reduction steps must be a first priority of an incoming Biden administration.