Boris Johnson Steps in It 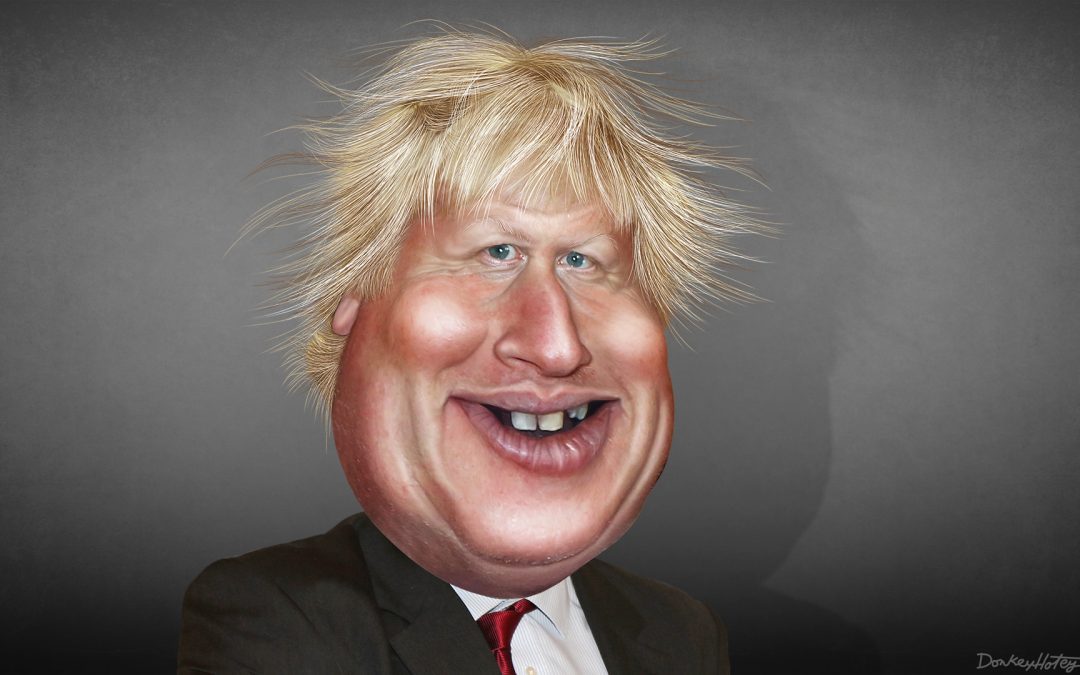 The government of the United Kingdom (UK) has come under a fully-justified barrage of criticism for its recent announcement regarding changes to its nuclear weapons stance. In what follows, we will place this policy shift in context, so as to underscore the need not only to reverse it, but also to do more … much more.

Among a pack of nuclear-armed reprobates, the UK has labored mightily to present itself as the least reprehensible. With a generous dollop of self-adulation, it announced at the 2015 NPT Review Conference (RevCon) that it aimed to bring the number of its nuclear weapons down to 180, with never more than two-thirds of them actively deployed at any time. It is well worth pausing to contemplate the devastation those promised 120 weapons could nonetheless cause worldwide. If less than half of these 100 kiloton warheads were detonated over or near Russian and Chinese metropolises, the hounds of hell would be unleashed, even if Russia and China did not retaliate. In a feeble attempt to do the impossible, i.e. to comply with the World Court Advisory Opinion on the legality of the use or threat of use of nuclear weapons, the UK ended the practice of targeting cities … “as such.” Instead they aim to destroy “militarily significant targets” without regard for their proximity to cities. In this way, cities and their civilian populations are, most regrettably, “collateral damage.”

But the hounds of hell’s appetites are not satiated by devouring a mere ten million civilians. The intense heat of a 100-kiloton fireball spontaneously ignites thousands of fires within a ten kilometer radius. Once the fires coalesce into a firestorm, super-intense heat lofts megatons of smoke and soot up to the stratosphere. These black particles absorb sunlight, depriving the earth below of the sun’s warm blessing. Instead, the sun’s warmth serves to keep the particles aloft … year after year after year. Within the first year, the Earth is experiencing Ice Age temperatures. By the second year, due to unprecedented worldwide agriculture shortages, the hounds of hell are feasting on the corpses of hundreds of million of victims of starvation. And it only gets worse in the following years. Billions of people, many living in countries which are friends of the UK, will be at risk of starvation. Indeed, in a version of nuclear blowback, the UK would inflict upon itself this same mortal wound.

In this light, and given the larger arsenals possessed by seven other nations, the numerical increase being proposed might seem insignificant. But numbers do not tell the whole story. The other part of the story is the policies meant to guide the use of the weapons. The use-scenario described above, unilateral launch of a major attack by the UK, may strike most people as highly improbable. Perhaps, but UK policy of “ambiguity” does not rule it out. When US President Bush Sr. was provided the opportunity to rule out the use of nuclear weapons in the 1991 Gulf War, he said, “All options are on the table!” The UK equivalent is, “No comment.”, intentionally leaving it to the adversary to fret over whatever option the UK may be capable of executing. The UK has the capability of initiating nuclear war (per above) and through its “ambiguity” stance is implicitly threatening to do so.

Combining this ambiguity with decreased transparency, only makes matters worse. Like the “enemy”, the rest of us are left to speculate on the nature of the new additional weapons. It is possible (likely?) that they will include a low-to-high yield capability, similar to the weapons recently deployed on US submarines. This new deployment has been promoted as providing more flexibility in responding to a Russian limited first use, but at no point was it pledged that these weapons would not, themselves, be the ones used first. Ambiguity strikes again! This is presented as oh-so-clever — maximizing the impact of policy — when in fact it is the exact opposite.

In a confrontation between nuclear adversaries with first-use options, there is always the potential for one side or the other to conclude that nuclear escalation has become inevitable. The temptation to get in the first blow then becomes virtually irresistible (ceding the initiative to the enemy would be unpardonable!). The case for first-use rests on two very shaky assumptions: (1) that the enemy will, all of a sudden, be chastened by the prospect of all-out nuclear war, and not do what every nuclear power has always promised to do, namely retaliate in kind or worse; or, failing that, (2) count on “escalation dominance” to intimidate the enemy — at some point — into bailing out of the spiral of escalation, allowing the first-user to “prevail.” (In the case of the UK, this “dominance” comes courtesy of its ally, the USA — or so it is assumed.) It is this conglomeration of wishful thinking that passes for a national security strategy and is touted as the nation’s “life insurance policy.” “Death sentence” might be more to the point.

Indeed, it could well be a death sentence for the entire world. If Russia and the United States get drawn into the escalating conflict, the number of incinerated cities could easily surpass a thousand. Then we are no longer talking about a global nuclear famine, rather a global nuclear winter in which all the major breadbaskets of the world are in deep freeze for decades. In due course, the hounds of hell would descend voraciously upon the great majority of humankind.

Most of the nations of the world understand this and don’t want to have anything to do with nuclear weapons. They have formed nuclear-weapon-free zones and are joining the new Treaty on the Prohibition of Nuclear Weapons (TPNW). But there are some four dozen parties to the Treaty on the Non-Proliferation of Nuclear Weapons (NPT), who have bought this “life insurance policy” hook, line and sinker, huddling under the supposed “umbrella” of extended nuclear deterrence. However, in doing so, they are undermining the NPT, because it is not possible to negotiate in good faith for the establishment of a nuclear-weapon-free world when you rely upon nuclear weapons to protect you from non-nuclear threats. (That is, you would want to retain nuclear weapons even if everyone else has relinquished theirs.) To be in compliance with Article VI of the NPT, one would have to be, at the very least, firmly and fully committed to ending that dependency.

The UK’s new stance sends exactly the opposite message. If the UK insists on going down this dead-end path, it should at least have the decency to stop dissimulating and withdraw from the NPT. Instead, it casts aspersions on the countries parties to the TPNW! The timing of this simply could not be worse. The tenth NPT Review Conference is scheduled for August. When the NPT was indefinitely extended 25 years ago, the UK joined the four other nuclear-weapon states (NWS) parties in pledging to “systematically and progressively” reduce their arsenal until nuclear disarmament was achieved. This registered that the nuclear arms race — the cessation of which, at an early date, the NPT requires — was over once and for all.

But with “escalation dominance” thinking still guiding most of the nuclear establishments, arms racing is a given; if not in quantity, then in quality. The UK announcement strips away the window dressing of the previous, collective NPT RevCon presentations of the NWSs, exposing the hypocrisy of all of them for the whole world to see. Unless Prime Minister Johnson backs down, he will personally own the failure of this year’s NPT RevCon — the first time in the half-century of the treaty that two successive RevCons were busts.

But, and this is the final point, returning to business-as-usual will no longer cut it. The UK and all the other NWSs need to acknowledge that escalation dominance is a pernicious concept and that threats to use nuclear weapons first — whether explicit or implicit — will only serve to destabilize future crises. Each one of the NWSs, indeed each nuclear-armed state, must assume direct responsibility for ensuring that it is not the one to unleash the hounds of hell. It can be done: China and India have, since the inception of their arsenals, renounced first use of nuclear weapons.

The original version of this article can be found here.