North Korea, Perpetual Victim of the US Military-Industrial Complex 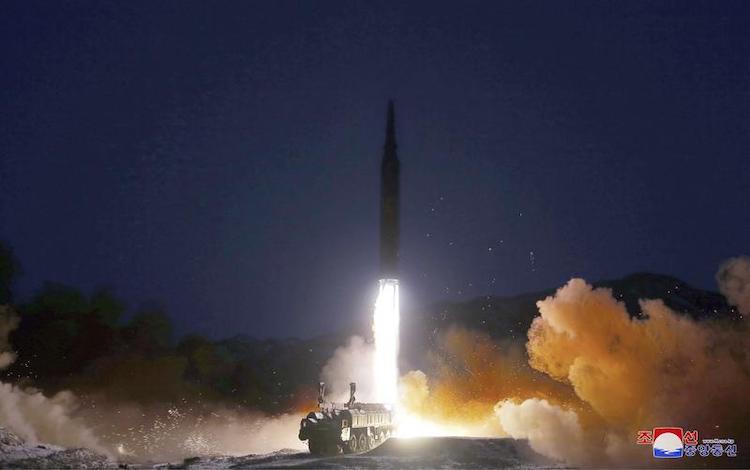 It seems hard to believe that in these possible end times in the midst of a global pandemic with an endless succession of catastrophic climate disasters and thousands of nuclear weapons poised and pointed in the US and Russia, ready to destroy life on earth, we are beset by a bought, corrupted mainstream media that assaults us with the “wrongdoings” of Russia and China, and most recently North Korea, with barely a mention in their assaultive reporting of how the US might be a cause.

Nor do they report on the many remedies that have been rejected by the United States in its drive for global domination. Instead of promoting the critical opportunities, we must now seize—all nations and peoples of the world—to work cooperatively to save Mother Earth, the western news reports serve up a steady daily diet of the harm that could be inflicted upon the ‘innocent’ United States, echoing shades of the dreadful 1950s McCarthy Era in a new Cold War II and maybe World War III.

North Korea is a case in point. Recent reports in The New York Times noted a series of renewed missile tests by North Korea and reported that for the first time, a veto in the UN Security Council by Russia and China blocked additional harsh sanctions proposed by the United States on that poor, struggling nation.

In its report, the Times quoted John Delury, professor of history at Yonsei University, South Korea as saying “no amount of sanctions could create the pressures that Covid-19 created in the past two years. Yet do we see North Korea begging and saying, ‘take our weapons and give us some aid’…the North Koreans will eat grass“, he said, rather than give up their nuclear weapons.

But this callous evaluation ignores the long, sorry history of failed negotiations between the US and North Korea.

North Korea has been testing its missiles and developing nuclear weapons since it walked out of the Non-Proliferation Treaty in 2003 claiming that the United States had singled it out as a target of a pre-emptive nuclear attack and had threatened it with a blockade and military punishment.

North Korea was the only nuclear-armed country to vote in the UN General Assembly in favor of establishing a Working Group to look at multilateral negotiations for nuclear disarmament which resulted in the decision to establish negotiations for the new treaty to ban the bomb.   At that historic meeting where the nations of the world voted 135 in favour of the Working Group, India, China, and Pakistan abstained and the US, Russia, UK, France, Israel and all the states under the US nuclear umbrella voted No.

This unique affirmative vote of North Korea, trying to get the world’s attention for ending the isolation and punishment it has suffered over the years, went totally unreported in the press.

During the negotiations with Trump and South Korea, in 2019 North Korea was willing to agree to forego its nuclear bomb program if it could get a peace treaty instead of the truce it has been living under since 1953, faced with 38,000 US troops situated near its border conducting war games with South Korea, not to mention the cruel and killing sanctions that deny food, fuel, medications to its people.

Trump in his desire to look good and get a deal offered to withdraw 10,000 of the US troops stationed there all these years. Both the Democrats and Republicans in Congress blocked him from making that deal, Biden never followed up, and Kim is waving his missiles again to get our attention.

North Korea’s demands for an agreement to eliminate their nuclear weapons are to end the truce and sign a peace treaty, finally ending the Korean War after nearly 70 years, stop the war games on its borders, and lift the punishing sanctions that are so destructive to the health and wellbeing of its people.

This would finally allow free travel back and forth from the US and South Korea that has been so heartbreaking for separated families that haven’t been able to cross the line to visit and see relatives and friends for decades.

Photo: KOREAN CENTRAL NEWS AGENCY.This photo provided by the Democratic People’s Republic of Korea’s government shows what it says a test launch of a hypersonic missile on Jan 11, 2022.

This article was originally posted on InDepthNews here.