The Dismal State of Nuclear Disarmament 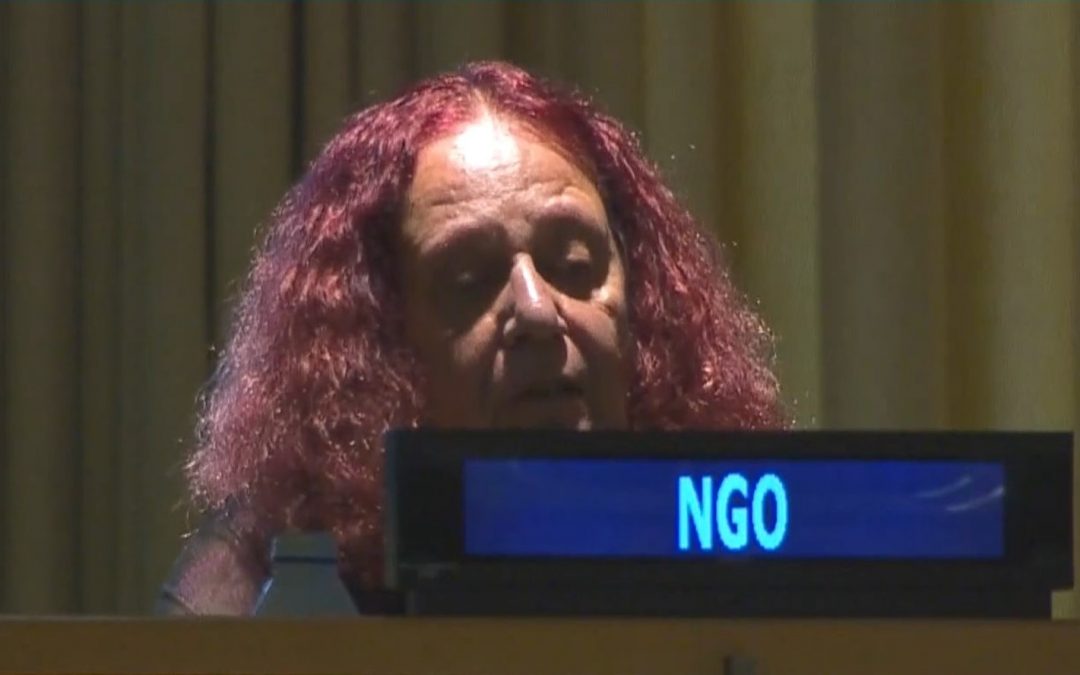 Viewpoint by Jacqueline Cabasso.
Reprinted from InDepthNews.
The writer is the Executive Director of the Western States Legal Foundation.

The year 2022 has been a nightmare for nuclear disarmament. The year started out with a mildly reassuring Joint Statement by the five original nuclear-armed states, issued on January 3, 2022, declaring:

“The People’s Republic of China, the French Republic, the Russian Federation, the United Kingdom of Great Britain and Northern Ireland, and the United States of America consider the avoidance of war between Nuclear-Weapon States and the reduction of strategic risks as our foremost responsibilities. We affirm that a nuclear war cannot be won and must never be fought.”

But less than two months later Russia launched a brutal war of aggression on Ukraine, accompanied by a series of veiled and no-so-veiled nuclear threats, raising concerns about the dangers of nuclear war to their highest level since the darkest days of the Cold War. And prospects for progress on nuclear disarmament went down from there.

The January 3 Joint Statement also avowed: “We remain committed to our Nuclear Non-Proliferation Treaty (NPT) obligations, including our Article VI obligation ‘to pursue negotiations in good faith on effective measures relating to cessation of the nuclear arms race at an early date and to nuclear disarmament…’.”

However, more than 50 years after the NPT entered into force, their behaviour points in the opposite direction. All of the nuclear-armed states, including the four outside the NPT (India, Israel, Pakistan, and North Korea) are engaged in costly programs to qualitatively upgrade and in some cases quantitatively increase their nuclear arsenals.

The 10th NPT Review Conference, which took place in August, was an abject failure, not because it couldn’t agree on a final outcome document, but because the nuclear-armed states haven’t made good on their fundamental nuclear disarmament obligation under Article VI of the Treaty, nor on the promises and commitments to action items that would lead to nuclear disarmament they agreed to in connection with the indefinite extension of the Treaty in 1995 and in the 2000 and 2010 final documents.

Despite the reassuring-sounding words in the Joint Statement, that “We intend to continue seeking bilateral and multilateral diplomatic approaches to avoid military confrontations, strengthen stability and predictability, increase mutual understanding and confidence, and prevent an arms race that would benefit none and endanger all,” the reality is that a new nuclear arms race is already underway—compounded by offensive cyber capabilities, artificial intelligence, developing hypersonic capacities, a return to intermediate-range delivery systems, and the production of delivery systems capable of carrying either conventional or nuclear payloads.

In September and October, while our attention was focused on the U.S. midterm election results and Russia’s continuing nuclear threats in Ukraine, alarming developments were taking place on the Korean peninsula, where North Korea conducted a flurry of missile tests.

According to North Korea’s state news agency, these tests simulated showering South Korea with tactical nuclear weapons, as a warning in response to large-scale navy drills by South Korean and U.S. forces.

As the year wore on, negotiations on reviving the Iran nuclear deal stalled. And as Iran increased its uranium enrichment, the foreign minister of Saudi Arabia declared, “If Iran gets an operational nuclear weapon, all bets are off.”

Against this volatile backdrop, ten months into the Russian war in Ukraine, the Biden administration released the unclassified version of its Nuclear Posture Review (NPR), which doubles down on the centrality of nuclear deterrence—the threatened use of nuclear weapons—in U.S. national security policy.

The NPR could be read as pouring gas on fire, naming Russia and China as strategic competitors and potential adversaries and identifying North Korea and Iran as lesser potential threats. While giving lip service to “a renewed emphasis on arms control”, it declares, “For the foreseeable future, nuclear weapons will continue to provide unique deterrence effects that no other element of U.S. military power can replace. …” To this end, “The United States is committed to modernizing its nuclear forces, nuclear command, control, and communications (NC3) system, and production and support infrastructure. …”

This commitment is fully funded in the obscene $858 Billion National Defense Authorization Act passed by the Senate on December 15, which includes $50 Billion for nuclear weapons – more than was requested in the NPR.

The current state of nuclear disarmament affairs might be exemplified by the public unveiling of the B-21 Raider on December 3, with great fanfare, at contractor Northrup Grumman’s California headquarters. The B-21, a “sixth generation” aircraft, is the first new strategic bomber in more than three decades, designed to deliver both nuclear and conventional munitions.

It deploys the latest stealth technology and has global reach. Earlier plans included an unmanned option. The B-21 will replace the B-1B and B-2A bombers, and the number of strategic bomber bases in the U.S. that can store nuclear weapons will be increased from two at present to five by the mid-2030s. And so, it goes.

The Doomsday clock is ticking. By doubling down on the concept of national security through military might, at any cost, the governments of the nuclear-armed states and their allies are putting humanity on the road to Armageddon.

People everywhere, together, need to rise up non-violently and demand implementation of a different concept of security, one based on cooperation among governments to make meeting human needs and protecting the environment their highest priority.